Legendary rock band U2 has released a video for their single “Get Out Of Your Own Way.”  The video is an animated clip created by the Broken Fingaz Crew, an Israeli graffiti collective, who worked with U2 on the “American Soul” video. This new video has a strong political message with references to the Ku Klux Klan and President Donald Trump. As a rainbow appears across the screen, a marching line of Klansmen are shown holding torches. Trump is then shown pulling the curtains open in the Oval Office, revealing the line of Klansmen marching past his window – a scene that is later repeated as Trump is shown signing documents at his desk. 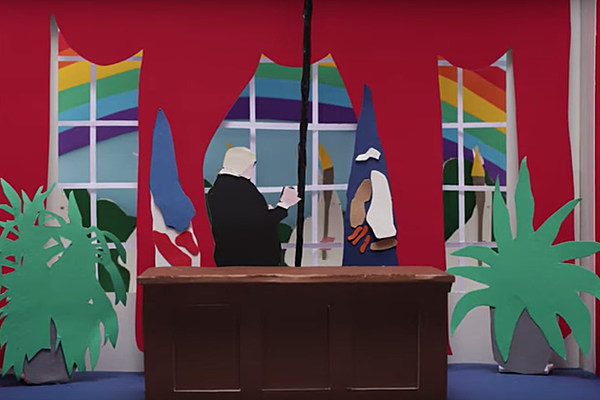